What You Need to Know about Government Shutdowns 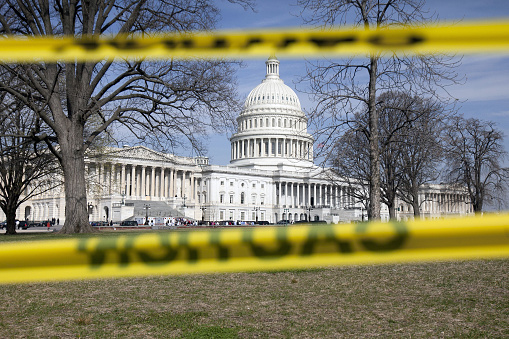 When there is a government shutdown, what does it mean for you? Which offices and agencies are operating as usual and which of them are shuttered until it’s over?

Here’s all you need to know:

What is a government shutdown?

A government shutdown is an official closure of all non-essential government offices due to a lack of approval of the federal budget for the approaching fiscal year. The shutdown cannot be resolved until a compromise is reached and a spending bill is passed.

What happens to government employees?

Thousands of federal workers are placed on furlough or unpaid leave. In previous shutdowns, furloughed government workers were paid retroactively once the shutdown ended.

Which government agencies are affected by a shutdown?

All essential government agencies are running as usual during shutdowns, though many employees are not getting paid for work done. Here’s how a shutdown will affect various federal agencies and divisions:

The military is considered essential, and all overseas operations are executed as usual. Military personnel are expected to report to work as usual and will be paid in full unless the shutdown stretches on.

Social Security checks will be distributed on schedule, and most of the SSA’s staff will continue to work despite a shutdown.

The Postal Service is not affected by a shutdown.

Only 300 of the Department of Housing and Urban Development’s 7,800 employees are exempt from furloughs. The department will therefore continue to provide essential services, but private applications are likely to be delayed.

The DOE’s contingency plan calls for upward of 90% of its staff to be furloughed during the first week of a shutdown.

During the January 2018 shutdown, 1,056 members of the Executive Office of the President were placed on furlough, while 659 workers were considered essential and continued to report to work.

The TSA and air traffic control are deemed essential and will operate as normal. Most of the Department of Homeland Security’s employees also continue working as usual.

National parks, recreation areas and monuments remain in full operating mode. However, most national landmarks will be closed.

Government shutdowns have always had a negative effect on the economy. However, each shutdown is different due to length and reach of impact.

Congress works hard to reach agreeable budget plans. Hopefully, agreement is quickly achieved when a shutdown does occur so it comes to an end with as little impact as possible.

Your Turn: Did the most recent government shutdown affect you or someone you know?