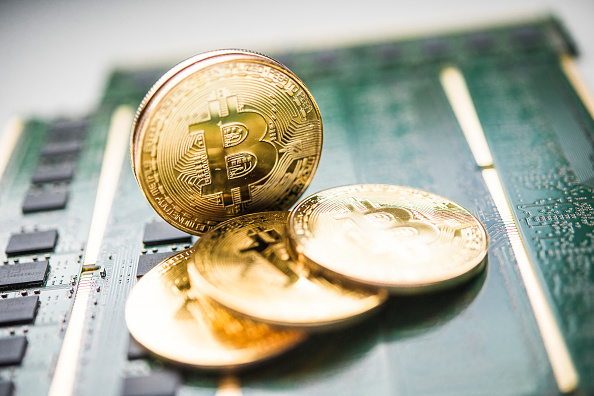 Bitcoin is a form of money that is entirely digital. The U.S. has dollars, Europe has Euros and the internet has bitcoins. The fact that bitcoin is digital isn’t all that interesting – because, in reality, an estimated 92% of all money is digital. Bitcoin is fascinating because it’s decentralized. That means no single nation, bank or institution controls it. Instead, the bitcoin currency is administered and propagated by bitcoin users.

How Does Bitcoin Work?

Bitcoin works much like a regular currency. You can buy and sell digitally and you can use bitcoin to make “real life” purchases if the vendor accepts bitcoins. You can invest with bitcoin, exchange your bitcoins for other forms of currency, and transfer bitcoins. You can also create new bitcoins through a process called mining. This is where bitcoin’s decentralized system becomes super-interesting. Rather than a large financial institution printing money, anyone can mine new bitcoins.

“Miners” solve complex mathematical problems, which validate other bitcoin transactions within the bitcoin network. This system of peer-validation is the bedrock of the revolutionary blockchain technology that makes Bitcoin so secure and allows for peer-to-peer value transferring. For every “block” of transactions successfully validated, the miner is rewarded new bitcoins.

Yes. Bitcoin has an infamous reputation due to its ability to be traded securely and anonymously without the regulation of a centralized institution. It has been associated with money-laundering and illegal purchases on the web’s black market – but it’s still legal.

Of course, as with all currencies, bitcoin is illegal when you use it to purchase illegal products.

How can I Earn Bitcoins?

There are several ways to get into the bitcoin market. The first of these is mining. As mentioned above, mining is the process of solving mathematical problems that are available to anyone in the bitcoin network. Miners provide transaction validation for the network and are rewarded with bitcoins.

In 2009, you could earn 50 BTC per “block” mined. Today, it’s considerably less, at just 12.5 BTC. Also, these mathematical problems are a lot harder than what you’ve encountered in high school calculus. Lastly, you’ll need to invest in specialized computers to tackle these problems.

You can also get bitcoins by working for them. You’ll find lots of job postings that pay in bitcoins on the internet.

There are also high-risk ways to get bitcoins, such as gambling and currency trading.

Do I Have to Pay Taxes on Bitcoin Earnings?

The IRS views your bitcoins as property rather than currency; so every transaction you make within the bitcoin network will impact your capital. In addition, if you are paid in any crypto-currency, this income will be taxed.

In many ways, bitcoins are subject to the same tax laws as regular currencies, including regulations, rules regarding reporting, and sales tax.

If you use bitcoins frequently, check with your accountant. Keep accurate records of your transactions so you can report your bitcoin income. It must be recorded in U.S. dollars at the exchange rate it was valued for at the time of the transaction.