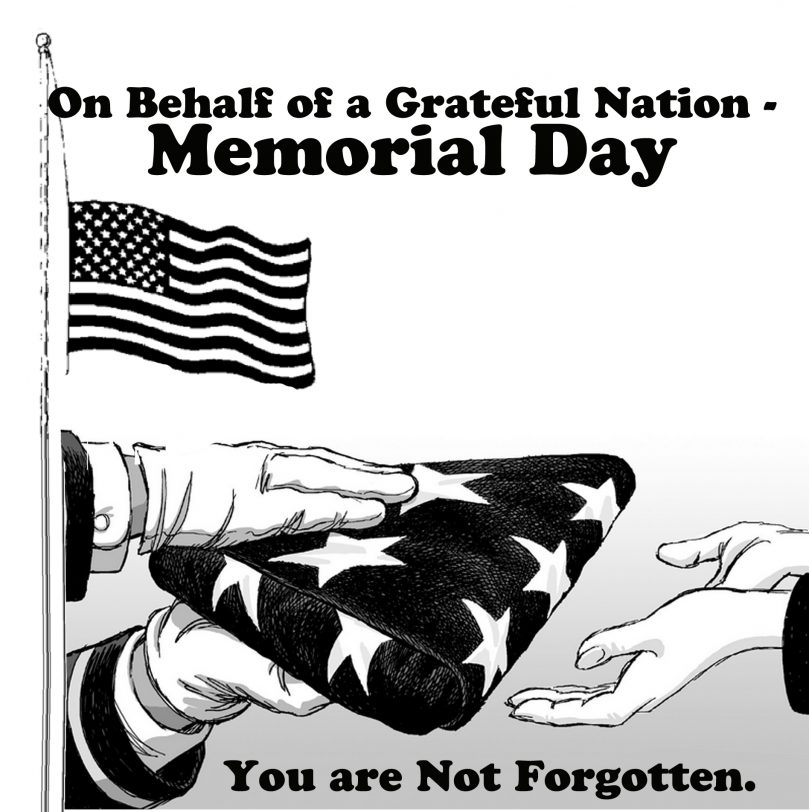 How Did It All Begin?

Your silent tents of green

We deck with fragrant flowers;

Yours has the suffering been,

The memory shall be ours.

In May of 1868, Gen. John Logan, Commander of the Grand Army of the Republic, had issued the following order: “The 30th of May, 1868, is designated for the purpose of strewing with flowers, or otherwise decorating the graves of comrades who died in defense of their country during the late rebellion, and whose bodies now lie in almost every city, village and hamlet churchyard in the land.”

Although many families traveled to cemeteries where fallen soldiers were buried for the purpose of placing flowers on graves, paying their respects and picnicking nearby, nobody was thinking about May 30 as we often think about Memorial Day weekend now. Decoration Day wasn’t set aside to be a three-day holiday for kicking off the summer months.

A century after Logan’s decree, in 1968, Congress passed the Uniform Monday Holiday Act, which included establishing Memorial Day as a federal holiday on the last Monday in May. The legislation took effect in 1971 and was intended to give federal employees a three-day vacation, so that’s when we all began to see the holiday as a time to relax, perhaps more than as a time to remember and honor fallen soldiers.

By the year 2000, President William J. Clinton issued an official memorandum for all federal departments because a Gallup Poll had shown only 28% of Americans understood the true meaning of Memorial Day. It stated:

“… I ask that all Americans come together to recognize how fortunate we are to live in freedom and to observe a universal ‘National Moment of Remembrance’ on each Memorial Day. This memorial observance represents a simple and unifying way to commemorate our history and honor the struggle to protect our freedoms.”

You may be familiar with the 3 p.m. moment of silence observed by all Major League Baseball teams, NASCAR, Greyhound Lines and NASA. And if you are traveling on Amtrak or located anywhere along its route at 3 p.m. on Memorial Day, you’ll hear train whistles blasting to honor “the service and sacrifice of America’s armed services.”

The well-known red Buddy Poppies sold on Memorial Day by the Veterans of Foreign Wars (VFW) were also inspired by a poem, “In Flanders Fields,” by John McCrae. They represent the blood shed by Allied soldiers in WWI, and the fields of poppies waving over their graves. VFW raises money each year to “honor the dead by helping the living.”

The American Flag – Long May It Wave On Memorial Day

Maybe you’re feeling inspired to fly an American flag on Memorial Day. If so, be sure to follow the proper etiquette. To fly your flag at half-staff as a symbol of mourning, first raise it to the top of the pole for a moment, and then lower it to the halfway point. On Memorial Day only, the flag is flown at half-staff until noon, then raised up again between noon and sunset. This gesture is intended to represent the respect of the American people raising up the flag once again.

Military.com lists Memorial Day events around the country with frequent updates. Visitors to the Washington, D.C., area will find many commemorative events scheduled on Sunday and Monday, but perhaps most popular will be the National Memorial Day Parade on Monday, May 29. It begins at the corner of Constitution Avenue and 7th Streets, NW and ends at 17th Street.

The U.S. Department of Veterans Affairs’ website lists Memorial Day ceremonies at national cemeteries in every state, with starting times and contact information included. Although it occurs a few days before Memorial Day, one tradition at the Arlington National Cemetery may inspire you to develop your own traditions this year:

“For more than 60 years, the third U.S. Infantry Regiment (The Old Guard) has honored America’s fallen heroes by placing American flags at gravesites for service members buried at both Arlington National Cemetery and the U.S. Soldiers’ and Airmen’s Home National Cemetery just prior to Memorial Day weekend.

“This tradition, known as ‘Flags in,’ has been conducted annually since The Old Guard was designated as the Army’s official ceremonial unit in 1948. Every available soldier in the 3rd U.S. Infantry Regiment participates, placing small American flags at each headstone and at the bottom of each niche row.”

Can you picture it? That’s over a quarter-million little American flags waving at one national cemetery alone. How will you pause to honor those who have given their lives for our freedom on Memorial Day this year?